Here at Ablate, we are graffiti removal experts in Melbourne. In this section we will talk about the hidden human costs to remove graffiti, graffiti taggers and the cost of vandalism.

Firstly, there is no denying the fact that the cost of  graffiti in Melbourne is high. However, this cost is not only measured in dollars, but also at an additional human expense. Graffiti represents a certain danger in the community and causes fear among the elderly and more vulnerable people.  Consequently, the loss of services can also be attributed to graffiti, and that, in turn, lowers the quality of life in our communities.

The cost to remove graffiti in Melbourne

According to Victoria Police, there are at least 140 graffiti gangs, also known as taggers, operating in our state. It’s worth noting that there are at least 800 individual graffiti taggers registered in the system. However, the actual figure may be as many as 300 graffiti gangs. In addition, there may be as many as 3500 youths between the ages of 12 and 18 years old involved in graffiti in the city of Melbourne.

As reported by the police, during 2 nights of this year, a single gang of nine graffiti vandals caused damages with a value of $182,000.

The human cost of graffiti in Melbourne

There is another cost of graffiti, the human cost. Studies show that illegal graffiti gives the impression that a neighbourhood is unsafe or uncared for.  When this happens the community starts to live in fear and they start to feel that there are more serious crimes lurking in the background. As a result, businesses may close, causing a downward economic spiral.

Most taggers are young people who damage property for reasons of boredom, unemployment, anger or revenge. Others use tagging as a way to show defiance toward rules, the authorities or to draw attention to a ’cause’. Graffiti is often the first sign that gangs are taking over a neighbourhood.

If a neighbourhood is perceived to have been taken over by gangs, it gives the feeling that nobody cares. Likewise, it gives an image that crime is on the increase and the authorities have lost control. This is why it is important to remove graffiti as soon as possible.

Tips to keep control of your neighbourhood

In different parts of Australia, many young graffiti artists suffer injuries every year. Some even die. An incident happened in Sydney on 11th January 2012.  Tre Toman, an 18-year-old apprentice plumber, was struck by a train while committing the act of tagging with two friends. He is still mourned by his family and friends to this day.

Vandalism is unacceptable on every level. It looks bad, it costs money, and it reduces the quality of life for the affected people. Plus it frightens those that are vulnerable to crime.

Other not so obvious costs of graffiti in Melbourne include:

The other side of graffiti

However, graffiti is not so simple. Although it is considered to be ugly, expensive to remove, and dangerous for practitioners, it does have some benefits for some people:

Then there is the politically motivated graffiti, carried out by graffiti artists who think they are fulfilling an important social function. Some graffiti artists consider graffiti as a form of self-expression.

Nevertheless, most people think the negatives of graffiti outweigh the positives.

What are your thoughts? 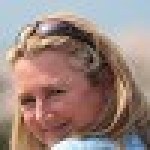