Spring is a good time to pressure wash your home or business, and in this article, we give you 10 reasons why!

Incidents of racist coronavirus graffiti are on the rise in Melbourne. Earlier this year a young Chinese Australian family became the latest victims.

The latest Banksy coronavirus graffiti has been removed from the London underground. The TFL cited their ‘strict anti-graffiti policy’ as the reason.

The most prolific graffiti vandal in Melbourne, Shane Newman aka Nost was finally caught and sentenced in 2017. Read more here.

Here at Ablate, we are graffiti removal experts in Melbourne. In this section we will talk about the hidden human costs to remove graffiti, graffiti taggers and the cost of vandalism. 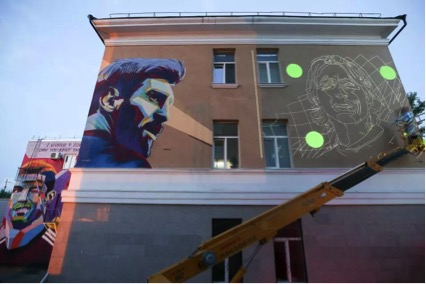 The World Cup brought more than football to Russia, it brought art to the hosting cities. There was a bloom of graffiti that pictured not only players but also traditional symbols from Russia and memorable occurrences from the 2018 World Cup. Probably the two most iconic pieces were the faces of Lionel Messi and Cristiano […] The public memorial for Eurydice Dixon was vandalised with offensive graffiti on the same day a public vigil in her honour was held. Firefighters had to remove the graffiti with a high-pressure hose. Eurydice was a 22 year old comedian who was raped and murdered by a man who has been identified as Jaymes Todd, […]

Three men were killed by a freight train in south-west London, while they were trying to create graffiti in the area. The victims were identified as Jack Gilbert, 23, Harrison Scott-Hood, 23, and Alberto Fresneda Carrasco, 19, whom were presumably painting graffiti because spray cans were found close to their bodies. The incident happened between […]

Racist graffiti was found in the University of Sydney, the target on this occasion were Asians. With tags reading ‘Stop the Asian invasion’ or ‘Kill all Asians’, the campus was attacked with graffiti and also posters. The residential college housing building ‘International House’, which harbour more than 200 students from Australia and overseas, was also […] There are many consequences of graffiti offences in the public transport, from increasing costs of removal to accidents and delays. The annual expense of cleaning up across the network has increased to over $10 million, money that could be used to improve the network instead. Every month, tags have to be removed from stations and […] 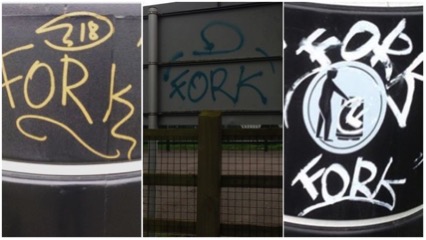 Graffiti all over the Royal Wedding

The Royal Wedding between Prince Harry and Meghan Markle celebrated on 19th May, brought a lot of attention to Windsor, a small town situated 34 km to the west of London. The historic town is known to be the place of one of the official residences of the British Royal Family, therefore it has always […]